Handout photo released by the Institute and Museum of Natural Sciences (IMCN) of the San Juan University, of a scientist taking samples of a 220-million-year-old fossil at the Ischigualasto National Park in San Juan provice, Argentina on April 8, 2019. – A 220-million-year-old dinosaur cemetery was discovered in the west of Argentina, with fossils of at least ten individuals, announced a scientific source on April 17, 2019..(AFP)

“It’s very impressive.” According to Martinez, of the University of San Juan, the fossils are approximately 220 million years old, belonging to “an era of which we know little”.

A site containing the 220-million-year-old fossilised remains of nearly a dozen dinosaurs has been discovered in western Argentina, researchers said Wednesday.

He said there were also remains of archosaurs, reptiles that could be the ancestors of great crocodiles “that we do not know about yet”. 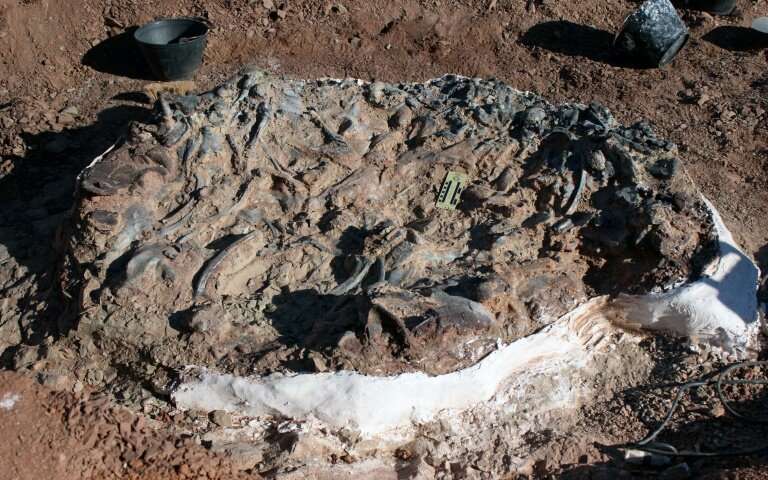 The find was discovered in September last year in San Juan province, about 1,100 kilometres (680 miles) west of Buenos Aires.

The site is between one and two metres (yards) in diameter and about the same depth, leading scientists to speculate it was a former drinking hole at a time of great drought, and the creatures died of weakness at the spot. 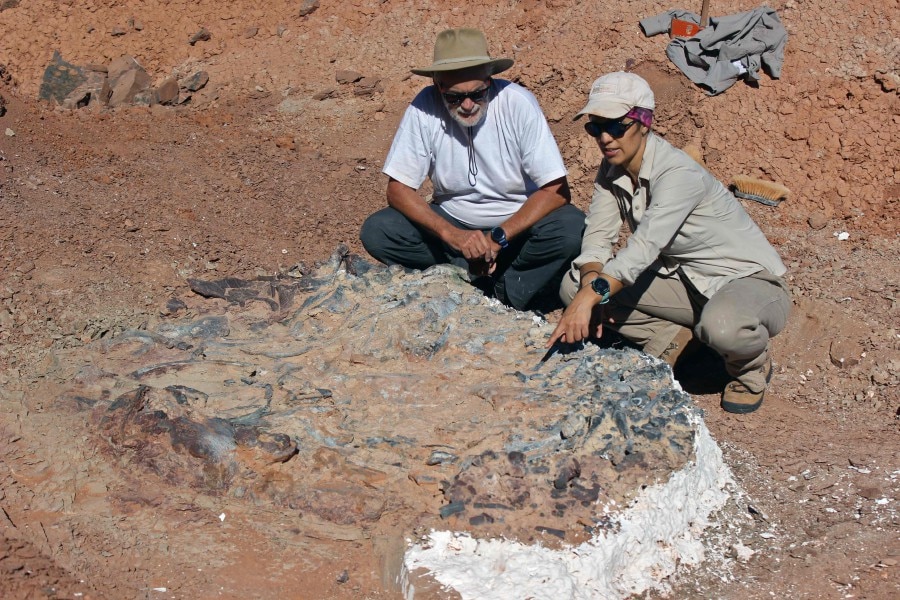 “This discovery is doubly important because there are at least seven or eight individuals of dicynodonts, the ancestors of mammals, the size of an ox,” he said.