Samsung is delaying the release of its first foldable smartphone, the Galaxy Fold. The Wall Street Journal reports that Samsung won’t release the Galaxy Fold until “at least next month” due to issues with review units that technology reporters have revealed. A string of reviewers found problems with the display, with it failing for a number of reasons. 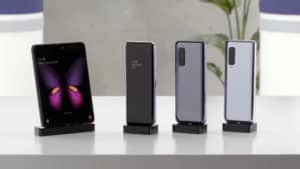 The Galaxy Fold is priced starting at $1,980 (configurations with more storage capacity will likely cost more) through its US-based carriers AT&T and T-Mobile. It has a unique folding design, with a smaller touchscreen on the outside, and a larger tablet-sized touchscreen on the inside that’s revealed when you open the device like book. 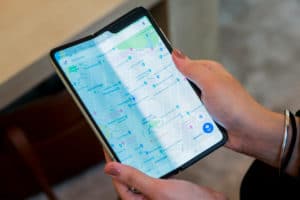 Samsung’s full statement is below:

“We recently unveiled a completely new mobile category: a smartphone using multiple new technologies and materials to create a display that is flexible enough to fold. We are encouraged by the excitement around the Galaxy Fold.

While many reviewers shared with us the vast potential they see, some also showed us how the device needs further improvements that could ensure the best possible user experience.

To fully evaluate this feedback and run further internal tests, we have decided to delay the release of the Galaxy Fold. We plan to announce the release date in the coming weeks.

Initial findings from the inspection of reported issues on the display showed that they could be associated with impact on the top and bottom exposed areas of the hinge. There was also an instance where substances found inside the device affected the display performance.

We will take measures to strengthen the display protection. We will also enhance the guidance on care and use of the display including the protective layer so that our customers get the most out of their Galaxy Fold.

We value the trust our customers place in us and they are always our top priority. Samsung is committed to working closely with customers and partners to move the industry forward. We want to thank them for their patience and understanding.” 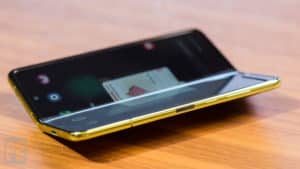 The Samsung Galaxy Fold, a first-of-its-kind foldable smartphone, was initially slated for public release on April 26 — but after several journalists reported that their review units experienced screen failure after just a few days, the company announced that it is delaying the launch. 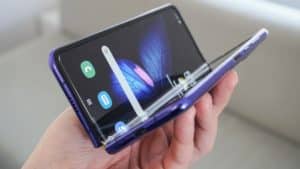 In a statement to BuzzFeed News, a spokesperson wrote, “To fully evaluate this feedback and run further internal tests, we have decided to delay the release of the Galaxy Fold. We plan to announce the release date in the coming weeks.” After inspection, the device’s issues “could be associated with impact on the top and bottom exposed areas of the hinge,” and additionally, in one instance, “substances found inside the device affected the display performance,” the spokesperson said. 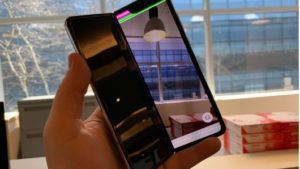 According to one reporter, Mark Gurman of Bloomberg, the larger touchscreen has a protective layer that he had removed while testing the device. Samsung said the layer is not intended to be removed and that “we will ensure this information is clearly delivered to our customers.” The layer appears to cause screen failure (YouTube producer Marques Brownlee tweeted that, after peeling off a part of the phone’s protective film, the display “spazzed and blacked out”). However, screens on devices where the film was not removed (like CNBC’s Steve Kovach) also began flickering. 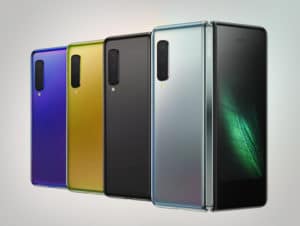